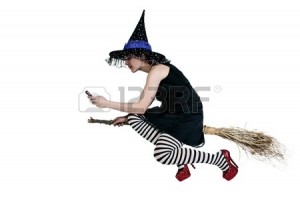 Anonymous journalist on her broom

The narrative on income and wealth inequality is a sprinkling of truth and lies, and a rare glimpse of relevant facts.  Little effort is spent offering enlightenment, almost as thought the public is incapable or unwilling to accept human diversity.  Liberal biases stand out in USA Today’s opinion page on income inequality (USA Today Jan 28, 2014).  In typical fashion, the paper’s opinion agrees income inequality is a serious problem, while the opposing view is that the rich should be trimmed down to size.  These are identical views, one of which is printed in a shaded area.

The paper’s view refers to “greedy bankers and their ilk who exploit the true drivers of inequality.”  At worst the banks are the whipping boys coerced by the government to make loans to folks with little or no credit, and simultaneously are protected by the same government from loan default.  In a free market with no government interference the banks should judge risk themselves and suffer the losses from their own faulty decisions.  The problem here is with the government which refuses to let free markets work without political influence and protection.

The problem with the USA Today’s opinions is that the  numbers all refer to incomes, not wealth, and it makes no mention of accumulated wealth over 30-40 years with the additional income it produces.  It is this convenient omission that allows papers to broadcast huge disparities in income as though that was the end of the story.  Omitting the most highly relevant facts about large incomes is one of the most egregious forms of deception.  Omitting the most relevant facts becomes a lie.  The readers deserve better.

The so-called opposing side refers to the unfair “distribution of income and wealth.”  Income and wealth are based upon earnings, not distribution.  So long as income and wealth are both earned, there will always be those with neither.  Folks who wish to get ahead do so through earnings, and over 30-40 years wealth is one possible outcome.  Wealth is not guaranteed, but is an opportunity available to those who work hard and invest wisely.  This is the American Dream for those who pay attention.  Most Americans don’t pay attention.

There are some fundamentals which the paper could explain, but does not.  The first is that income and wealth are not synonymous terms, but are two very different things.  For most folks, they are completely unrelated.  Income is an annual affair.  Folks may live within their annual earnings, or not.  When folks spend more than they earn they grow debt and reduce any wealth they may have accumulated.  When they have annual savings they increase their wealth, like cash in the bank.

The man on the street understands this relationship far better than our governments, which have been overspending and over-promising from future revenue with no cushion for decades. After many decades our federal government has accumulated a debt of 17+ trillion dollars, without counting future debt that is hidden from view.  Most individuals, like our governments, have accumulated no wealth (read excess revenue) and are living beyond their means essentially through accumulating debt.  Like a ship with a hull that leaks, it will float lower and lower in the water till it eventually sinks.  This is the ship we are on.

Wealth is the accumulation of assets, investments, and savings over the years.  An annual income may add to or reduce ones wealth each year.  Adding to ones wealth each and every year may grow a nest-egg of some proportion.  A very large nest-egg may grow in value and generate added income well beyond a salary or wages. Most very large earned incomes are from assets and investments that produce their own taxable revenue.  Wealth is the goose that lays the golden egg and statistically large annual incomes.

As a starting point for those who wish to get ahead, it is possible to count the number of household income earners (0, 1, 2 or more) and then guess which of these households has the better chance of discovering the American Dream through accumulating wealth. Your readers understand these numbers better than the numeric baloney which are nothing but liberal propaganda in USA Today’s opinion page.