The Gun Problem: Steps One and Two 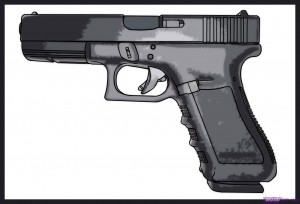 What a paradox when every shooting tragedy morphs into a political cry for more gun control.  Thinking is turned on its head in favor of more laws to protect society from guns.  Our most recent tragedy in Washington DC happened in one of the cities with the most stringent gun control laws in the country.  The folks had no means of personal defense.  They relied on government for security.  The shooter knew they were unarmed, a perfect target for his insane rampage, and 12 died.

For contrast, the shooter violated most every gun control law in the city, entered a highly secured government building, proceeded to shoot unarmed folks, and moved to three different floors of the building with little trouble for an hour.  There must be some part of gun control laws that the shooter did not understand.  Or just possibly the shooter, crazy though he was, understood gun control laws better than the governments that pass these laws.

A great deal about gun control would seem to be totally out of step with what is really needed.  Do the gun control laws work, or are they simply making things worse?  A careful look at nation-wide and world-wide information offers an equally perplexing picture of gun control by looking within the data.

In comparing gun control laws it has been calculated, by experts of course, that the United States is the third worst nation in the world for gun related deaths. It is this kind of information that convinces thoughtless folks, including many politicians, that we need more gun control laws, a knee-jerk reaction.  Third worst in the world is pretty bad. This conclusion is for the country as a whole, for the dumb masses.

But wait!  Another expert calculated that when you consider some of the hot spots for criminal behavior, you arrive at a completely different conclusion. When you remove just four cities from this result, the United States goes from third worst to fourth best. Startling! So going from very bad to very good in the world comes to us because of four cities?  Which cities are these, and exactly why are they responsible for the blight on the whole country?

These cities are Chicago, Detroit, Washington DC, and New Orleans.  The site of this shooting was, surprise, surprise, Washington DC.  Chalk up 12 more gun deaths for our capital city.  These four cities are also the very cities with the toughest gun control laws.  Something here just doesn’t seem to be working.  The four cities with the toughest gun control laws are also the four cities that lower the entire country from the fourth best country to the third worst country in the world.

The single best analogy to this circumstance may be to look at the actual data like picking rotten apples out of a basket.  Apples are rotten for different reasons.  Some fell out of the tree, rather than being picked.  Some have worms or were pecked by birds.  Still others may be contaminated by handling or shipping.  Some apples are simply over-ripe, and have lost their freshness. Finally it is said that a rotten apple soon spoils the barrel.  It does not take long till the entire barrel is gone.

Everybody agrees with this analogy.  By extension, most should agree that shootings occur for an equally diverse set of reasons or motives. Our gun control laws are based on the belief that one size fits all. One size clearly does not fit all shooters, yet our gun control laws attempt to apply a single rule to prevent all shooting:  make it illegal for folks to have guns, and everything will be just hunky-dory!  The self-evident problem with this solution is that only law abiding folks live by such laws, while the criminals and would-be shooters willingly break these laws with impunity.

Accepting that shooters come in many flavors, let’s add one more city to the mix, New York City. Our largest city has achieved outstanding results as carefully described by their Police Commissioner (The NYPD: Guilty of Saving 7,383 lives, Wall Street Journal, 7/23/2013). Rather than shooting from the hip, and blanketing an entire city with a one size fits all solution, this department has followed precise policing requirements within high crime areas, and deaths by guns have fallen dramatically over the past many years.

This is Size One that reduces gun violence in high crime areas, and encompasses policing strategies that work well to reduce crime on the streets.  If you want less crime and safer streets, then New York City is clearly showing the way.  Surprise, surprise, this policing program removes guns from those who are committing crimes on the NYC streets.  Chicago, Detroit, Washington DC, and New Orleans should pay attention to this result, and initiate the same program into their cities, the better to reduce gun violence, and make their streets safe.

There is a vast difference between high crime areas in our cities, and the settings in which mass shootings occur.  High crime areas are populated by gangs, street thugs, drug dealers, and assorted criminals. They tend to do their best work at night on the streets and neighborhoods of our cities. By contrast most mass shootings are carefully selected by terrorists, crazy and near crazy folks, religious zealots, and anti-social isolates bent on revenge against large numbers of unarmed folks.  These may be schools, shopping centers, public gatherings, movie theaters, sporting events, and political gatherings and churches during daylight hours.

How to minimize mass shootings Size two is completely different from Size One, which focuses directly on high crime areas.  Size two must empower the second amendment to the US Constitution, the right to bear arms.  The right to carry and conceal arms is often the only protection available to individuals for an hour during most mass shootings.

Gun control laws are totally ineffective in avoiding or minimizing the death and injury of innocent people for far too long, usually an hour or more.  When the only protection is self-defense, ladies with guns in their purses have an advantage over those without.  Men with side arms or shoulder holsters would augment the ladies, and greatly improve the chance of stopping a crazy shooter or terrorist with guns, before it is too late.

For those many voices and places with signs that say “Gun Free Zone”, this is an invitation to every potential terrorist and mass murderer that the victims inside are unarmed with no serious way to defend themselves for an hour or more.  In gun free zones the mass murderers have an abundance of time to kill and injure dozens of folks before any effective means of relief is in sight.  When relief arrives, they must sneak and stalk their way to where the gunman is hiding, precious time when more may die.

A solitary liberal judge has taken it upon herself to stop the safe neighborhoods parade in NYC.  Through her solitary voice, she has stopped the program from continuing, and after three months the street thugs, gangs and random criminals are back on the streets in force.  The murder rate is going back up with Chicago.  This proves that the folks with guns on the city streets are a whole lot smarter than the politicians, and vastly more intelligent that one female federal judge. So how many thousands will now suffer because of the misguided power of a single judge?

It is believed that the core of her argument is that this successful program discriminates against the “poor folks” in the community. Her influence has already snatched defeat from the jaws of victory, and it is the poor who will suffer as a consequence.  And who, exactly, is on the side of poor folks in the cities?  Gun control advocates?  Certainly not!

Where, pray tell, are our enemies, when we have friends like this?