After visiting the Spanish Steps in central Rome, it was time to relax and have some cold refreshment.  McDonalds was on the way back to our hotel.  A group of students crowded the cash registers, creating the kind of havoc thieves and pick pockets prefer.  Little did we suspect that the thief was behind the cash register?

We ordered a coke and a milk shake, paid with a 20 Euro bill, and waited for the change.  The cashier handed me the change and left the register immediately.  I counted the change and discovered she had short changed me five Euros.  Rather than a five and ten, she gave me two fives and some coins for the 3.15 Euro purchase.

As we were still waiting at the counter when she returned, I showed her the two five Euro bills.  Initially she indicated she would call the supervisor.  Then she had better thoughts and handed me another 5 Euro bill.

If, of course, there was any doubt in her mind about short changing me, she would surely have raised a fuss, called the supervisor, and confronted me about the shortage.  Instead, she immediately produced the 5 Euros, and handed it to me without any comment.

She knew exactly what she was doing.  This is a rather common practice for cashiers across Europe, but appears to be almost routine along the northern Mediterranean countries.  A really slick cashier can pocket the extra money and walk away with an outstanding income without causing a stir.

As an old Navy Disbursing officer, I was incensed.  I managed to locate the daytime manager, showed him the bill which identified the cashier, and discussed the situation with him exactly as it happened.  He wanted me to come with him to confront the cashier, and I declined, saying that this was really the manager’s responsibility, not the customer’s.

Within the next ten minutes the manager and the supervisor of the cashiers both met with the cashier, and presented the reported circumstance to her.  Their conversation lasted at least 10 minutes.  The following picture is of that meeting.  The offending cashier is the one with her back to the camera.  The manager is the guy on the left, and her supervisor is the woman in the colored top on the right.

As we left McDonalds I gave the manager a thumbs’ up.  Good job manager and supervisor.  I have witnessed cashiers who maintain a separate “cash box” below their counter and cash register.  Whenever a customer is short changed in this manner, they slip the same amount into the box below the cash register, or into their pocket, and the register balances perfectly at the end of a day’s work.  This is free money, not subject to taxes, and nobody is the wiser.  This is what crooks do.

What a grotesque experience to go into a McDonald’s over seas, and encounter such  outrageous criminal behavior.  Unfortunately petty theft, pick pockets, and other deceptions are wide spread across Europe.  It is particularly embarrassing to encounter it in a McDonalds, where we were least expecting it.

It is equally outrageous that the police across Europe deal with such offenses so often that it is essentially swept under the rug.  When there are few folks actually caught, and so many that engage in this form of theft, there is virtually no threat involved if caught.  A slap on the wrist, and return to the streets is customary. 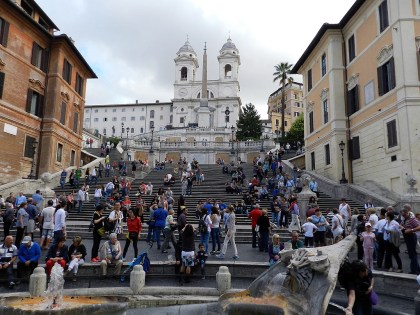 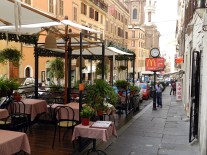 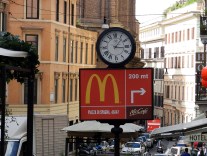 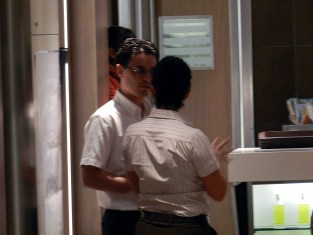 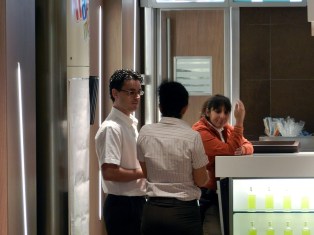