Several years back we purchased a bathroom shower grab bar, attached it to our shower wall tile with its suction cups, and it has remained attached since that time, several years, without ever coming loose.  With advancing years and a knee replacement it seemed to be a good idea to get two additional grab bars to enhance getting into and out of the shower enclosure safely.  That was the theory!

We purchased two additional grab bars to attach to either side of the door to stabilize getting in and out of the entry door to the shower.  They were almost identical in design, but over several days we noticed they routinely come loose from their moorings, – the tile, which is identical to the tile around the entire shower.  The initial question was why do the newer handles come loose, while the original handle has never had this problem.  This was the start of an experiment on how long it takes for the new handles to come loose from the tile.

Within several days it was determined that the newer handles rarely remained securely attached from one day to the next.  This secure attachment time was from 1-10 minutes.  The experimental conclusion, based upon empirical evidence, was that the two newer safety grab bars were both defective and hazardous to your health.  A warning printed on each of the new handles was to “be sure to re-attach if the handle is loose from the tile”.  This warning, of course, is inadequate given that the handles may come loose before your shower is over. 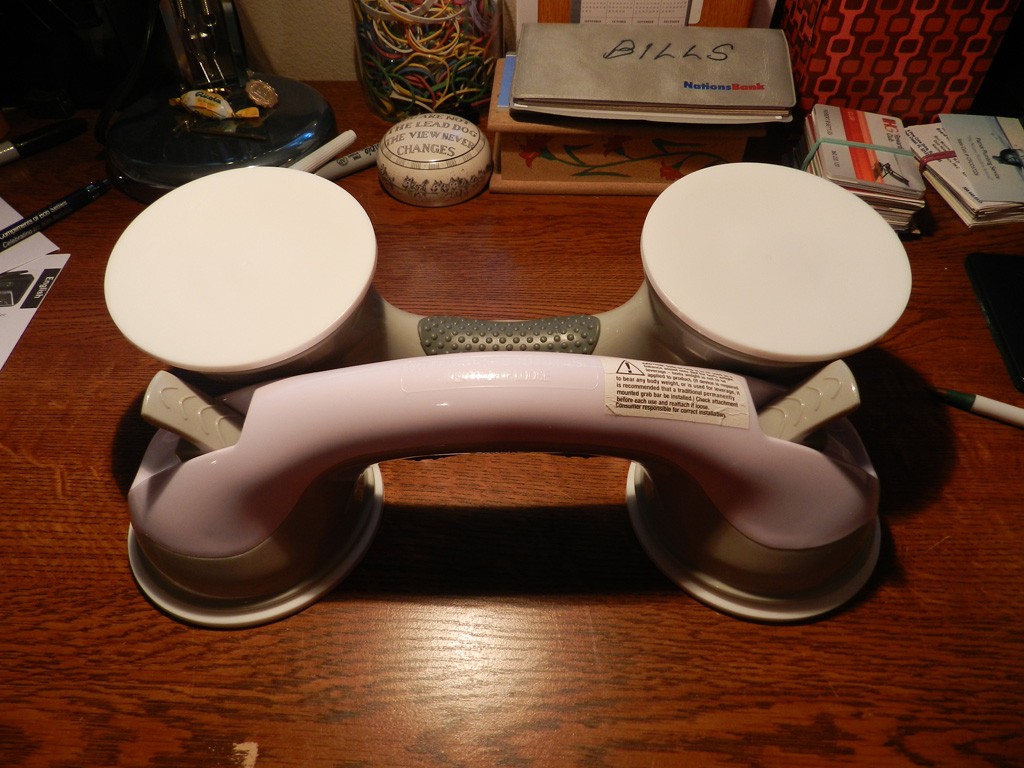 With this carefully documented discovery a meticulous examination of the suction cups was warranted.  Careful examination of the cups revealed several very small grooves on each end of the suction cups as shown below. These small grooves allow air to enter the suction chamber continuously, – decreasing its “holding power” from some to none.  The handle then loses its grip on one end or the other, – first.  This becomes an unstable safety grab bar which may happen before your shower is over!! 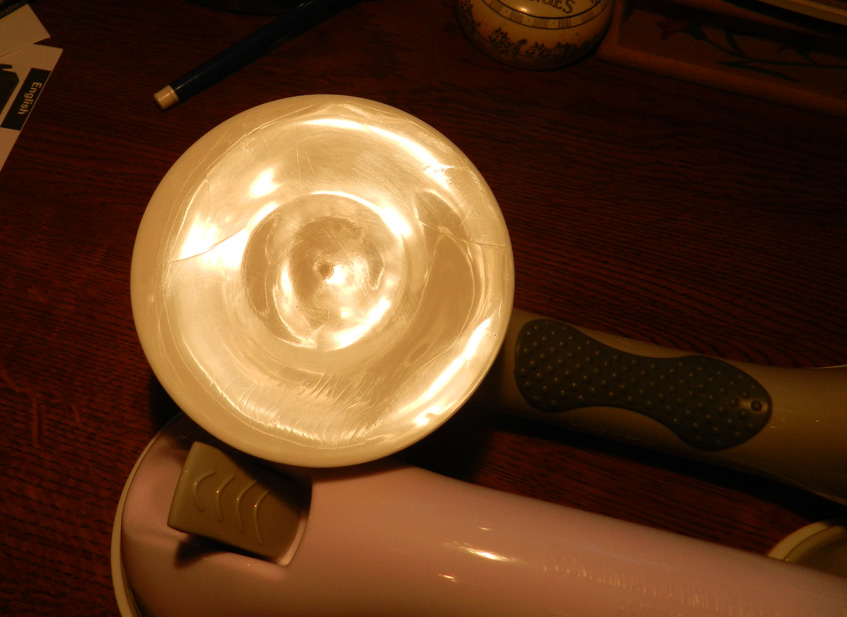 All that is left is the manufacturer of the two different safety grab bars.  The old grab bar that never lost its suction for years is called the “Get a Grip” grab bar.  In our book it is a superior product that has never required re-attaching securely to the tile.  The defective grab bars are marketed under the label MHI, and is sold at Lowes, Walgreens, Walmart and many other well-known retail outlets.  It should be noted that the MHI product is manufactured in China, and clearly is distributed widely throughout the United States.  Unless a defective product recall has been issued, all consumers should be wary of purchasing any of these safety grab bars, as other products for the same price, like Get a Grip, are available through other suppliers.